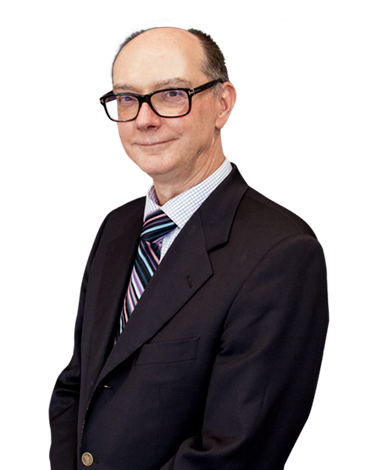 Stephen Beney is Managing Partner with Bereskin & Parr LLP and Chair of the Executive Committee. He is the Head of the Mississauga office and leads the Medical Devices practice group.

Stephen works with clients to assess IP needs, and has helped to secure patents for a diverse array of clients, including start-ups, small- to medium-sized enterprises, major multinational companies and university researchers. Stephen has been proven valuable to his clients in securing their patent rights in diverse technologies, including: automotive; medical devices and imaging systems; electronic devices; communication systems; video and signal processing systems; mass spectrometry; solar power devices and systems; fuel cell technology; internet systems; business methods; and cleantech devices and systems. He advises on IP management and strategic planning and has prepared many patentability opinions, as well as infringement and validity opinions.

In addition to his extensive patent work, Stephen has experience in preparing and prosecuting industrial design applications.

In 2016, Stephen was elected the President of the Intellectual Property Institute of Canada (IPIC) at its 90th Annual Meeting. After having spent two years on IPIC Council, in 2014 Stephen was appointed to the Executive Council as Secretary, and in 2015 was elected as the Vice President. In addition to his leadership role, Stephen is a member of the Institute’s Patent Legislation, Professional Regulation and Information Technology committees. Stephen also served as a member of the Patent Agents Examining Board.

Due to his extensive experience, Stephen was selected by the Canadian Intellectual Property Office as one of a handful of professionals across Canada to participate in the government’s Modernizing the IP Community Initiative. Stephen is also a member of the Board of Directors for the RIC Centre (now Altitude Accelerator) and has been made chair of the RIC's IP subcommittee.

Managing partner Stephen Beney shares some insights into the innovative world of intellectual property, in an article published by Canadian Lawyer Magazine
March 17, 2022
Stephen Beney Quoted in Export Wise Article "Intellectual Property can be Your Business’ Most Valuable Asset – How Can you Protect it?"
June 19, 2017
Stephen Beney Speaks to Patrix, World IP Review, about the Advantages of Using the Patricia System
July 2, 2015