Interest in the use of psychedelics as a treatment for mental illness, such as post-traumatic stress disorder and depression, have spurred a significant amount of R&D in recent years. A recent report projects that the global psychedelic drugs market size will double by the year 2027 (from 4.75 Bn USD to 10.75 Bn by 2027).

In Canada, psychedelics are classified as controlled substances under the Controlled Drugs and Substances Act. Activities such as possession, production, import and export etc. of these substances are prohibited unless authorized under the regulations or an exemption is granted by the Minister under section 56 of the Act.

The regulatory environment is favourable for the growth of the psychedelics industry: Health Canada recently approved the construction of a psilocybin research facility in Ontario. Last year, Health Canada authorized a publicly traded Canadian company to legally extract psilocybin from mushrooms to standardize the company’s extraction process. In addition, a number of clinical trials involving psychedelics such as psilocybin, MDMA and ketamine are ongoing.

Bereskin & Parr has the breadth of experience to help stakeholders protect their intellectual property. The following are some of the ways our team can assist clients.

PATENTS: Patents can often provide the strongest intellectual property protection for those looking to protect innovations in the psychedelics space. An issued patent allows the owner to exclude all other parties from making, using, or selling the invention for a period of 20 years (from the filing date of the patent application). Examples of potential inventions in the psychedelics space include new chemical derivatives, potential new treatments of health conditions which can be treated by a psychedelic and its derivatives, and new formulations which can deliver the active compounds. In addition, new and inventive methods of extraction of an active compound (e.g. psilocybin from mushrooms), as well as processes for synthesizing such compounds would likely be patentable as well.

TRADEMARKS: Trademarks protect words, slogans, logos and/or designs which serve to distinguish a company and/or product from other competitors in the market. As psychedelics are still considered illicit substances, certain intellectual property offices may not register marks that specify such products. There may be other available strategies in some countries, such as to refer more generically to the goods and services. Trademark registrability may improve if psychedelics are eventually legalized for the treatment of mental health conditions.

TRADE SECRETS: A trade secret is another form of intellectual property which protects certain types of confidential information. Examples of trade secrets include technical processes, formulas, business plans and customer lists. In the psilocybin industry, for example, a company may have a specialized process for extracting the active compounds which they decide to maintain as a trade secret, rather than trying to protect (and therefore disclose) through the patent process.

IN-SOURCING AGREEMENTS: Our team has experience drafting agreements for various players in regulated industries including licensed producers, suppliers and distributors. 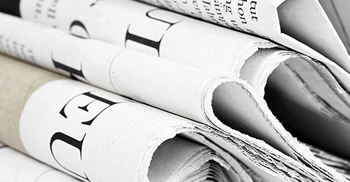 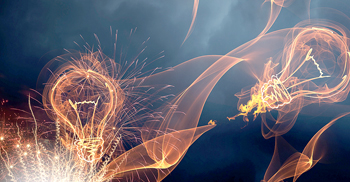 Is there Magic in those Mushrooms? Part 2 – Protecting New Psilocybin Derivatives.

Is there Magic in those Mushrooms? Protecting Psilocybin and Other Actives from Magic Mushrooms

Protecting Innovations in the Psychedelic Space
Grow Up Conference and Expo
December 1, 2021, Niagara Falls, ON