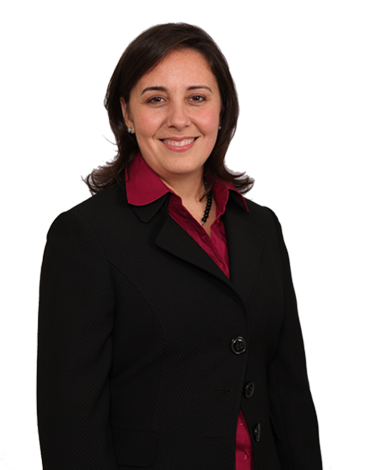 Carmela De Luca is a partner with Bereskin & Parr LLP. Carmela is a lawyer and registered patent agent in Canada and the United States and practices in all areas of intellectual property, focusing on patent matters, including advising clients on strategic global aspects of obtaining and managing patent portfolios, as well as in the preparation and procurement of patents and industrial designs. She works closely with clients including start-ups, universities as well as multinationals in preparing and prosecuting patent applications relating to biotechnology, pharmaceuticals, biologics, diagnostics, green technologies and other areas in the life sciences. Carmela is also active in the analysis of patent issues such as validity, infringement and freedom to operate. In addition, Carmela has experience advising on regulatory compliance and on plant breeders' rights.

While obtaining her Ph.D. from McGill University, Carmela conducted research in the areas of inflammation, signal transduction and virology. Prior to earning a law degree from the University of Toronto, Carmela worked as a post-doctoral fellow at a research institute of an international biotechnology company where her research focused on cancer cell biology, knock-out technologies, genetic screens and genomics.

She regularly presents at conferences, has written and presented on various aspects of intellectual property law and co-authored a number of peer-reviewed scientific publications. She has been listed as a leading practitioner in the area of patent law and has received media coverage for her novel work in the biotechnology field.

Carmela is the founding and Emeritus Co-chair and steering committee member of the Greater Montréal Chapter of Women in Bio (WIB). She is also the current chair of the Young WIB (YWIB) committee organizing STEM events for high school students. She is a faculty member of the Intellectual Property Institute of Canada's (IPIC) Patent Drafting Course in 2017, 2018 and 2019, and has been active with the organization for a number of years. She is involved with the Women in IP Networking Group (WING) of IPIC and previously chaired the IPIC Young Practitioner’s Committee, and was also a Board member of the Canadian charity, Meal Exchange.

Exploring Cross-border differences in Canadian and US Patent Law: Strategic Benefits and Traps for The Unwary
Bereskin & Parr LLP, February 15, 2017

5 Professionals Recognized in the 2018 Edition of Expert Guides: Life Sciences